I’m Judy Hertz. In the dawn of time I sat for my 100-ton U.S. Coast Guard Ocean Operator (captain’s) license and my Series 7 National Association of Securities Dealers (broker’s) license, then went to work for NASA HQ as an IT Project and UNIX Systems manager. Riotsystems is the consultancy I founded in 1996. 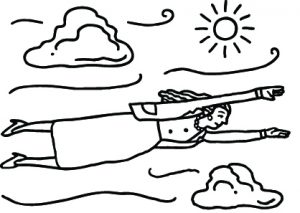 I’m semi-retired as of July 2020, from a recent contract working as the Climate Data Analyst for the NASA Center for Climate Simulation (NCCS) Collaborative REAnalysis Technical Environment (CREATE) team. A bit of information on that is below…

Cool maps from my reanalysis work

More of my projects: fun with Big Data

Our NASA LaRC team collaborated with Cray to convert Clouds and the Earth’s Radiant Energy System (CERES) datasets to Resource Description Framework (RDF) triples and load into a triple store residing on YarcData‘s Urika, an in-memory appliance for graph analytics.

And now, this: my favorite python xkcd